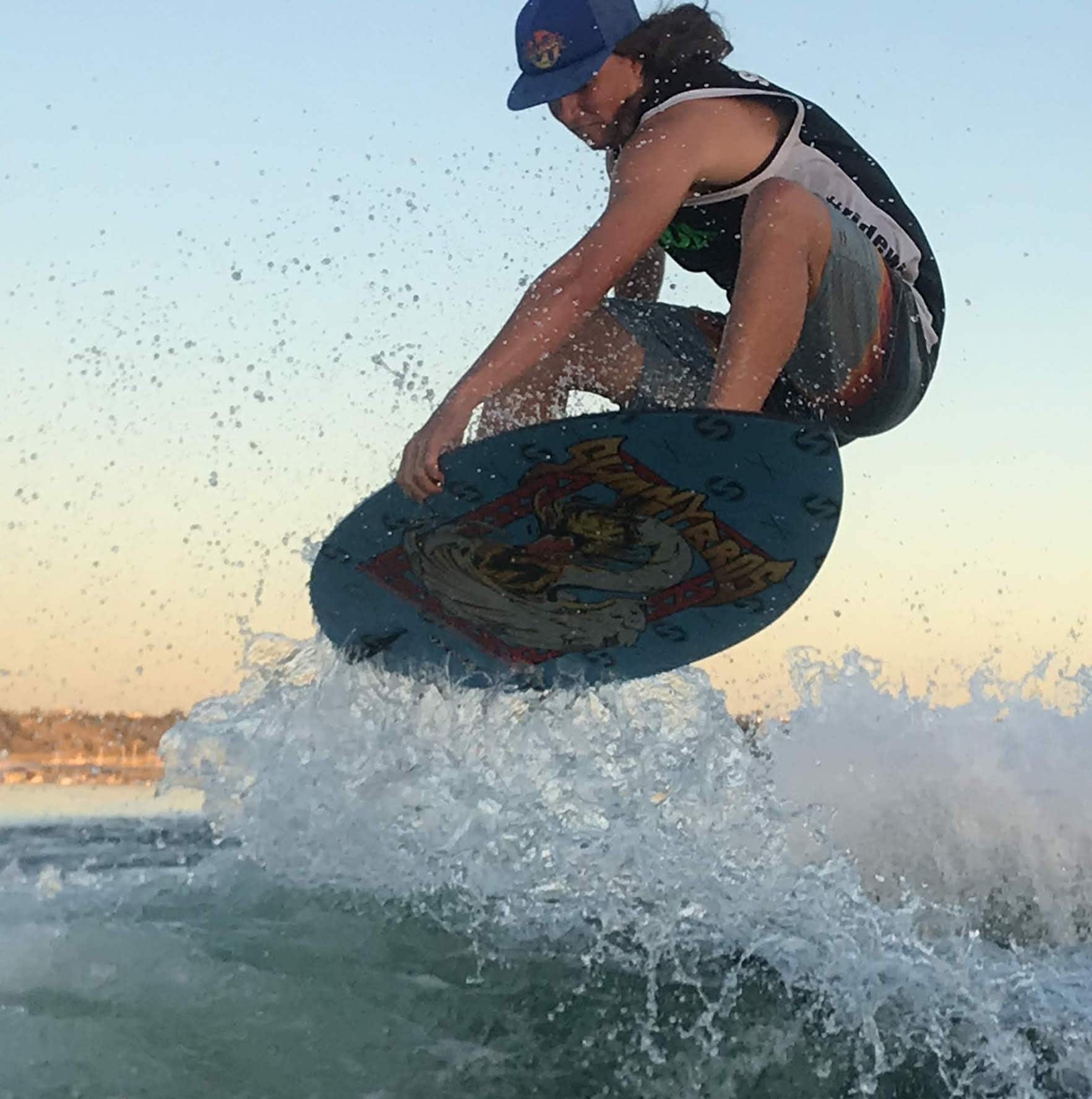 At the age of 16, Camron Swanson is ranked as one of the top Wake Surfers in the world. He was ranked number one for the whole year in the semi-pro division in points. After Camron and his brother got 2nd and 1st at the World Wake Surfing championship, they became the youngest professional Wake Surfers in the world. Camron has created and landed 2 tricks that no one has ever done. At the age of 4, Camron was already kneeboarding, water skiing, wakeboarding, and wake surfing at their lake house in Minnesota. He is also a semi-pro skateboarder. Camron’s motto in life is “you can do anything you put your mind to!”